Webinar: Maintaining Momentum - How to Work Together When We Can’t Be Together

Learn techniques for building a supportive environment where employees feel valued and empowered. Often small changes in the way we interact with our teams can have a long and lasting impact on their job satisfaction. Shari Storm will lead a discussion focused on managing staff during times of change.

Webinar attendees will explore the art of motivating others to be more productive, more effective, and bringing more joy to the workplace. 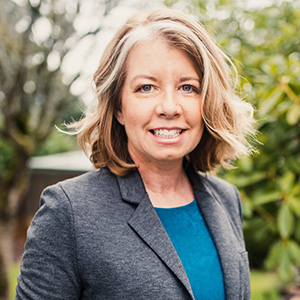 Shari Storm spent 16 years as an executive at a Seattle-based Verity Credit Union, where she oversaw marketing and IT. During her tenure at Verity, she was named an Innovator of the Decade by Net.Banker, led the successful Verity Mom campaign, and participated in Filene's prestigious i3 program.

Her first book, Motherhood is the New MBA: Using Your Parenting Skills to be a Better Boss, sold more than 20,000 copies and has received accolades in Time and Redbook magazines, Martha Stewart's radio, BusinessWeek online, the Costco Connection and the cover of the Metro News New York. Storm has been named a Woman of Influence by CU Times and featured in American Banker, Credit Union Management, and The CEO Report. Storm is now the CEO of Category 6 Consulting, which specializes in developing strategy with a strong focus on culture, marketing, and fintech.

For questions about this webinar or about Cornerstone Councils, please contact Cristina Martinez, CU relations administrative assistant, at 800-442-5762, ext. 6403.