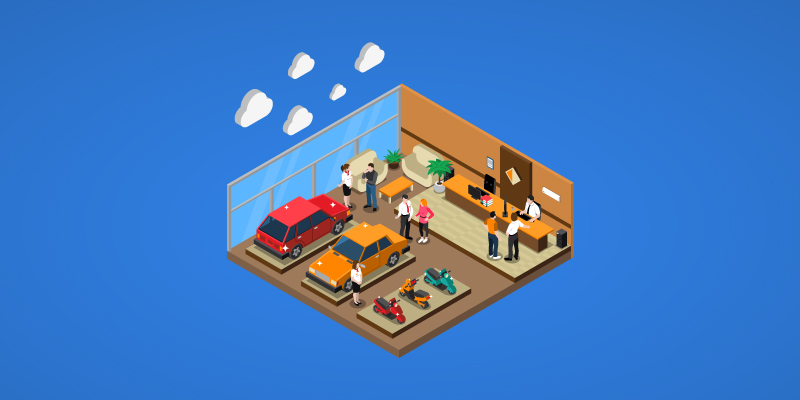 MODDern Times In Auto Lending, Deep in the Heart of Texas

RBFCU is an $11.7 billion credit union headquartered in Live Oak, Texas, a northern suburb of San Antonio, near the legendary Randolph Air Force Base.. Scott Henrich, VP of Consumer Lending Underwriting, says the credit union began offering its Member Only Dealer Direct or MODD program as a loan delivery channel to help members breeze through the dealership, rather than as an indirect lending channel to drive membership growth.

“RBFCU wanted a delivery channel in which members could go to dealerships and complete the lending process,” he explained. “The goal of MODD was to increase our closed loan percentage via a channel that was more efficient for our members. We wanted to enable our members to go to the dealership, complete the loan process and drive away with the car they wanted.”

And that goal has been met and surpassed, according to Henrich, and the CUDL platform has played a major role in this success. “The CUDL auto lending platform creates an environment where all the stakeholders in the channel have their needs met,” he appraised.

Since the implementation of the MODD program, Randolph Brooks FCU has seen dramatic increases in its funding ratios that exceeded the management team’s expectations of the program.  In addition, Henrich said members are happy they can complete the loan process through a channel that is fast and efficient.

The credit union chose to connect with Origence, a CU Direct brand, and its CUDL platform in large part because of what the credit union service organization stands for, Henrich continued. “RBFCU prefers to work with vendors that align with the credit union philosophy. CUDL’s established relationships with dealerships, and integration to RBFCU’s loans origination system, made the company a high-value proposition to all stakeholders in the lending process.”

Since the inception of the MODD program, Randolph Brooks FCU has increasingly seen members choose it as their lending channel. Henrich said the manner in which the CUDL platform is integrated with the credit union’s origination and decisioning system is all about providing a seamless experience.

“The CUDL platform allows RBFCU to provide our members with the services they want when they need them,” Henrich explained. “Members can walk into a dealership and go from old car to dream car without setting foot in a branch. This saves the member time and allows them to get back to what is important to them.”

The CUDL platform has helped the credit union advance dealer relationships by giving RBFCU a platform to converse directly with dealers and resolve any issues, Henrich noted. CUDL serves as the dealer-facing technology, and it is plugged in to the credit union’s loan origination system. The success of the MODD program is through CUDL dealers sending the credit union’s existing members through the platform.

The CUDL platform is also popular with the staff, because of its seamless integration with the credit union’s loan origination system.

“Origence is a partner that you can count on,” Henrich said. “In addition to the platform, the responsiveness of the Origence team when there is an issue, coupled with the dealer/industry insights they provide, make them a valued partner. Their assistance in instituting and maintaining the MODD program has been instrumental in the program’s success at RBFCU.”

Since implementation, Randolph Brooks FCU has seen the channel grow as members learned about it. The MODD channel helped streamline the dealer purchase process and created efficiencies for its lending team, which in turn saved the members time.

“This allowed RBFCU to maintain a high level of member service while experiencing a high level of loan growth,” Henrich said, adding the MODD channel increases the speed at which RBFCU can lend. “Member expectations are that their credit union can deliver the services they need when they need them and the CUDL platform allows for that. RBFCU is constantly monitoring the member experience, and our members are excited about being able to close the loan at the dealer. Origence and their dealer relationships have helped make it a one-step member process.”

According to Henrich, loans made through the MODD program fund 29 percent faster on average and are 1.5 times more likely to close than a loan through the credit union’s direct channel.  “This has increased our total vehicle portfolio funding an average of 5 percent since starting the MODD program,” Henrich concluded.

Bill Meyer has 25 years of experience in public relations and corporate communications, with a focus in the credit union/finance, fintech and hi-tech industries.