Learn from the Fed: Think Differently about Deposit Pricing

At the beginning of the year, I would never have believed the Fed would cut rates to near 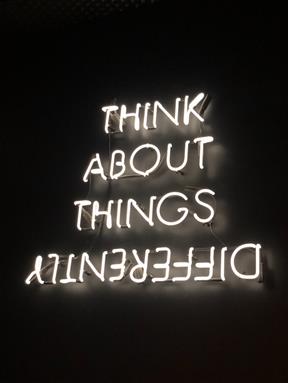 zero before the end of the first quarter. We, as an industry, were so used to hearing about finding the highest yielding investments and raising rates on loans. Now, the Fed has taken some significant actions, pushing market interest rates down to almost zero.

Now, more than ever, it is important to assess the tools available to help manage uncertain times.

From the Great Recession well into 2019, market interest rates moved higher. Despite these moves, credit unions were able to maintain low and stable interest expense. It was not until the second half of 2017 that we saw interest expense begin to rise in any notable way. Looking deeper into this increase, the bulk of the rise came from term deposits associated with promotional offerings. In late 2018 and into 2019, we started to see credit unions move away from promotional term deposits and begin to raise dividend rates on non-maturity deposits (NMD). However, while these increases did occur, we did not see a notable jump in NMD rates across the board. Fast forward to today, that decision has handicapped our ability to move our cost of funds lower in response to the decline in market interest rates.

It may seem counterintuitive, but if credit unions had raised NMD rates more during the post-Great Recession recovery, they would have greater ability to control funding costs now and into the future, as we prepare for another extended period of low interest rates and heightened credit losses.

Learning from this experience, credit unions are encouraged to think about the funding side of the balance sheet as an interest rate risk management tool – not simply a rate paid on deposits. When the economy regains its strength – which it will – credit unions should consider increasing NMD rates a little more aggressively than they did during the previous recovery period.

1. Returns value to their membership

2. Reloads a significant risk management tool for when the next rate declines occur

Much like changes in the Fed funds target rate, the Federal Open Market Committee (FOMC) can only lower the target rate to zero. Without upward movements in the Fed funds target rate during recoveries, the Fed effectively removes a critical tool used as a means of stimulating the economy. Likewise, a credit union can also only lower dividend rates down to zero. To be able to use dividend rates as an interest rate risk and earnings management tool, credit unions have the ability to cut these rates, but they must move them higher during expansionary periods.

Take a note from the Fed when the economy returns.

Take advantage of a critical toolset that enables your credit union to lower funding costs and help manage through the next downturn. Now is the time to think about the future and prepare, not just for the upcoming recovery, but for the next downturn as well. Take guidance from the Fed and look at dividend rate pricing, not only as a return of member value, but also as a critical tool that can be applied to interest rate risk management.

Catalyst Strategic Solutions’ team of dedicated ALM consultants is here for the sole purpose of helping credit unions. If you want to speak with our consultants about a spread analysis for your credit union or need help finding value in the market for your balance sheet, contact us today.