Cornerstone extends hearty congratulations to Dwayne Ashcraft who, after 49 years in the credit union industry, will retire as president and CEO of Arkansas Superior Federal Credit Union, effective at the end of January 2022.

Ashcraft started with Arkansas Superior FCU (formerly PFI Employees FCU) on Feb. 1, 1973. He has made many contributions to the credit union movement in the ensuing years, including being inducted into the Arkansas Credit Union Hall of Fame in 2013.

Ashcraft served on the Arkansas Credit Union League board of directors for about 18 years and as its chairman for another 10 years. He was involved in the creation of the new Cornerstone League, whose inaugural board Ashcraft served on for two years. All total, he served on both boards for 30 years. 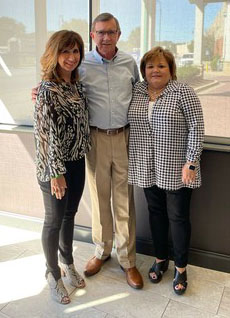 Greg Morman has been hired as Ashcraft’s replacement, hired in January 2021. “Greg has had the opportunity to become familiar with the credit union before I leave,” Ashcraft said. “With the steps that have been taken, I am sure that it will be a smooth transition.”